Download the "New Coatings & Products Brochure" for a short description of the above coatings/products​.  Also, download other specific products at the bottom of this home page

used in over 50 industries

In the plasma spraying process, a high intensity arc is operated between a stick-type cathode and a nozzle-shaped water-cooled anode.  Gas is introduced along the cathode, is heated by the arc to plasma temperatures and then exits the anode nozzle as a plasma jet.  Powder injected into the plasma jet is accelerated and heated to a molten state. As the molten particles in the jet strike the selected substrate, they form splats that build up, particle by particle, into a coating.

Among the many spraying parameters, the spray distance, powder size distribution, power level, and arc gas selection strongly influence the microstructure of coatings.  The particle temperature at substrate impact is governed primarily by the enthalpy of the gas stream and the residence time of the particle. Since enthalpy is an indication of the amount of energy in the plasma stream, increases in electrical power result in an increase in enthalpy. Thus, the molten state of the particles can be dictated by proper selection of the gases and power levels used. The particle velocity at substrate impact is governed by the plasma velocity and density, which are dependent on the type and volume of the gases being used and the energy being input to the gases.﻿  Figure 1 illustrates the typical APS equipment setup.  Figure 2 illustrates an APS glass roll application. 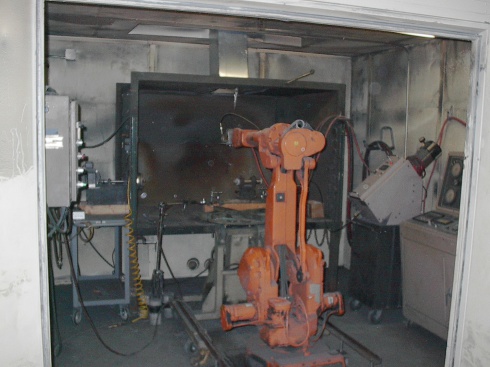 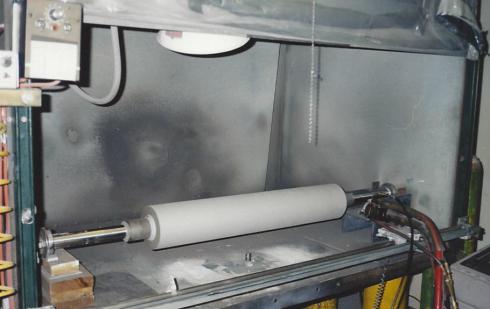